In Kharkov VAZ at full speed and flew into the fence 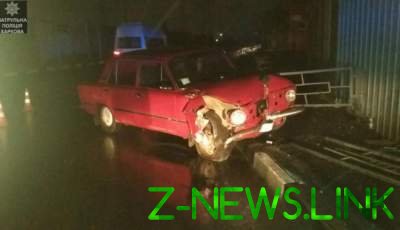 The driver made two of the Protocol.

Last night in Kharkov militiamen detained the man who has made road accident in a condition of narcotic intoxication.

The incident happened on the street Tonkopii, 1/2. According to cops, the driver of VAZ 21011 lost control and crashed into a fence.

In the course of communication with the man who was behind the wheel, the guards noticed clear signs of drug intoxication. The results of a medical examination confirmed the speculation police. In the end, the patrol made on the driver two administrative Protocol: for traffic violations and driving while intoxicated.

See also: Showdown on the road: in Vinnitsa motorcyclist was severely beaten motorist

See also:  In Kiev Skoda flew into the truck