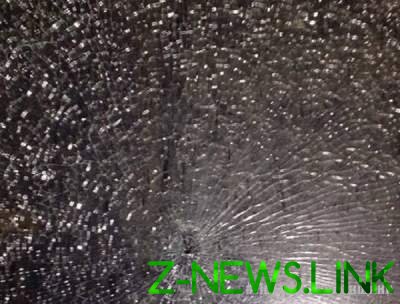 In Kharkov found the charred body of a man: police investigating the murder

Recall, 3 December, the police asked 30-year-old bus driver “Kharkov-Volchansk” and said that he was forced to stop near the village Bugaevka, as unknown blocked the road. Immediately after this the man heard the sound of breaking glass and called the hot line “102”.

Arrived on the scene, the investigators found that public transport was fired from the pneumatic weapon. None of the 12 passengers was injured, though one of the bullets passed a few inches from were in the bus were men.

Within three weeks, police were able to identify the alleged attackers – they were three pupils from the ninth grade of the local school. The Teens had agreed to “try out” found in the woods an air rifle. To do this, they pulled logs to the road, thereby blocking the road, and fired on the stalled bus.

Minor incriminat “hooliganism in a group of persons”, they could face up to four years of imprisonment. The law enforcement officers did not request the court of election to the suspect a measure of restraint. The further destiny of students of 15 and 16 years the court will decide.