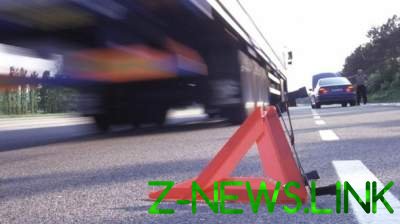 When the driver himself was not right.

Andrey Poltavets, who in may 2008 at a tram stop in Poltavsky Shlyakh street in Kharkiv knocked down pedestrians, of which six people died, again sat behind the wheel drunk.

After the tragic accident of the court he chose the most severe punishment for violation of the rules of road safety, which resulted in the deaths and was sentenced to 10 years imprisonment with an additional deprivation of the right to drive for three years. But from the end of my term, he only served seven years and four months, freed on PAROLE in September 2015.

“Disrupting established by the verdict of the court restrictions in the form of a ban on driving, in spite of the confiscated his driving licence, got behind the wheel. At the same time in a state of intoxication,” – said the first zamestitel the head of the local Prosecutor’s office No. 5 Andrey Kravchenko.

According to the decision of the Chervonozavodsky district court, which entered into force on 16 October, Poltavets deprived the right of driving for one year and must pay 10 UAH 200 fine. The regional Prosecutor’s office, in turn, began pre-judicial investigation for “evasion from punishment.” As told to us a press-service of regional Prosecutor’s office, Andrey Poltavets could face a year in prison.

Recall, October 18, late in the evening in Kharkov at the intersection of Sumy and lane Mechnikov faced Lexus RX 350 and Volkswagen Touareg, and then “Japanese” left the pavement and crashed into pedestrians. As a result of collision five people were killed and six injured.

It was also reported that the female driver, who was driving the SUV, which flew into the crowd, were arrested. It was 20-year-old student at the University named Karazin Alyona Zaitseva.

Immediately after the tragic accident, the media reported that was driving the Volkswagen Touareg was 59-year-old Gennady drones, which sells food and tobacco products, as well as leases real estate.

As reported recently in Kharkiv the police investigation team of 14 people engaged in the analysis of the situation for both participants of the accident – the drivers of the Lexus RX 350 and Volkswagen Touareg. The results of the investigation can clarify their status.

See also: In the Lviv region of the lake pulled a body of a man

On 20 October the Kyiv district court of Kharkov made the decision on the measure of restraint for Alyona Zaitseva in the form of detention for 60 days without the right to bail.