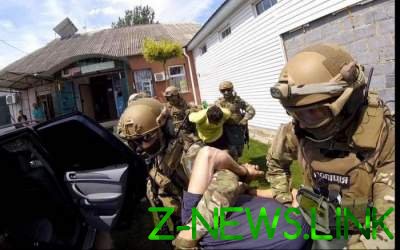 A gang of about six months were kidnapped and tortured people in order to seize their property.

An organized criminal group, which for more than six months have made heavy and especially grave crimes, abducting and torturing people exposed Kharkiv police.

As reported in regional management of national police, in the period from July 2016 to February 2017, the gang of six persons kidnapped people and tortured them, demanding property and money. Now the names of the three victims. One of them, a male, did not survive the abuse and died.

According to the Deputy chief of GUNP in Kharkiv region – chief of criminal police of Vyacheslav Davidenko, one of the suspects discovered and seized video of torture of the victim.

The cops raided and found guns, grenades, cars with foreign registration, is used by criminals during the Commission of crimes, especially adapted mobile terminals with zero IMEI, certificate in the name of detainees, similar to documents of law enforcement officers, the literature on the life of the criminal world of the 90-ies, debentures, means of communication.

During the investigation militiamen established in OPG were distributed responsibilities, the relationship between the members of the group hierarchy.

All detainees have already reported about suspicion in Commission of a number of serious criminal offences – a criminal organisation, false imprisonment or kidnapping, extortion, grievous bodily harm, illegal circulation of weapons, ammunition or explosives. All six were arrested and are in custody. They Shine from seven to 12 years behind bars.

The investigation is still ongoing.