In Kharkiv Toyota Land Cruiser flew into a passenger bus 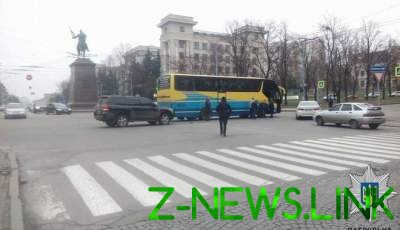 On November 25 around 11:00 on Independence Avenue an accident occurred involving a Toyota Land Cruiser and a passenger bus.

According to the cops, while driving along Independence Avenue in the direction Sumy the driver of the SUV crashed into riding in front of him the bus the message “Kharkov-Belgorod”. As a result dorozhno-transport incident nobody suffered. To identify the culprit on the spot, the police failed as the drivers gave different explanations of what happened.