In Kharkiv a student opened fire at passers-by for fun 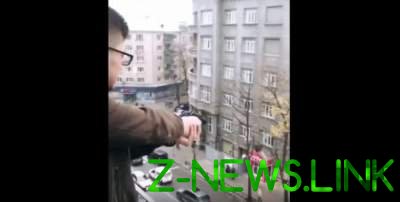 The guy was shooting at people from the balcony.

In Kharkov, in the city center, several students enjoyed that shot from the balcony at passers-by on the street with a gun.

The gun was fired, but go to court four for contempt: they were in that moment in the apartment that was shot and not objected to what is happening, and even encouraged “feat” video.

Friends of arrow posted a video with shooting in Instagram, but then decided to remove it, but it was too late: angry users reported to the police, who immediately figured out the shooter.

What were the reasons and why did the Kharkov students, they will tell the court.

By the way, the article for such hooliganism provides from three till seven years of imprisonment.