Home / WORLD / In just 5,000 posts the secretive QAnon’s ‘storm’ nearly brought down a US president, while it’s gone dark for now, what’s next?

In just 5,000 posts the secretive QAnon’s ‘storm’ nearly brought down a US president, while it’s gone dark for now, what’s next? 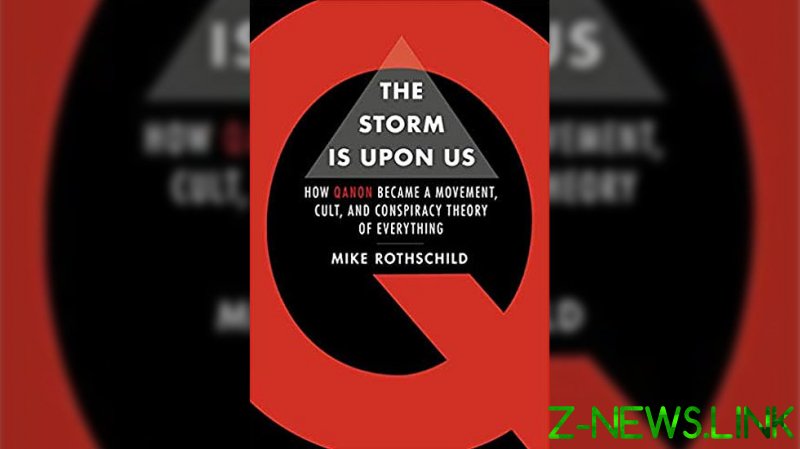 It was after my youngest daughter, a TikTok devotee, kept asking if I’d seen the video of al the young children being rescued from slavery thanks to Donald Trump that I realised the social media storm created by QAnon had landed on our doorstep.

The videos she had come across were ‘witness’ testimonials centred on just one of QAnon’s cultish beliefs which maintained the wealthy world elites were trafficking in children to be used as sex slaves and harvested for their adrenochrome, which endowed god-like powers upon those who drank it.

It was clearly time to check the parental controls I thought I’d put in place.

That storm, however, seems to have blown itself out for the time being, according to American journalist Mike Rothschild in newly-published ‘The Storm Is Upon Us: How QAnon Became a Movement, Cult, and Conspiracy Theory of Everything’. After two years of pushing propaganda, conspiracies, half-truths and wild claims while trumpeting their hero Donald Trump, QAnon has gone dark, posting nothing since December 8 last year.

Nothing further from the anonymous ‘Q’ – held by believers to be a team of “less than ten” high ranking military intel operatives at the president’s elbow – on the wealthy Satan-worshipping, paedophile cabal that secretly ran the world and numbered among its ranks Hillary Clinton, Barack ‘Hussein’ Obama, George Soros and Bill Gates. Nothing further on Trump, who allegedly had his re-election stolen from him but was poised to return to the Oval Office once hordes of his deep state enemies had been arrested or executed. Not. A. Dicky bird.

Which, as Rothschild points out, is odd. Because military intelligence is a 24/7 pursuit and if you are to break up an international paedophile ring, you can’t just stop mid-game, drop the ball and go home. He flatly rejects the insider intelligence boast, saying, “Not one thing Q has ever posted requires any kind of special access, only an active imagination and a following willing to forgive their lapses. And at that, Q believers excelled.”

December 8, however, was not the last time anyone heard of QAnon per se, because just a month later, on January 6, we had the image of the century blazed across our TV screens as self-appointed QAnon shaman Jacob Chansley, bare-chested and replete with horned fur headdress, a 6ft spear and a sign declaring ‘Q Sent Me’ was pictured among the mob that stormed Washington’s Capitol Building believing Trump was about to be installed as president for life while his opponents would be hung on the gallows hastily erected outside.

Still no new message board ‘drops’ from Q.

When the dust settled, it emerged that five people lost their lives during the riot or in the immediate aftermath, including Ashli Babbitt, who was shot point blank by a policeman as she clambered through a broken window into the Speaker’s Lobby of the Capitol. Surely, the death of one of QAnon’s ‘digital soldiers’ deserved some response?

Nothing but silence from Q.

QAnon had reached a turning point. The conspiracists had declared their man Trump had been cheated out of power by powerful enemies using rigged voting machines and secret ballot papers supplied by the Chinese and that newly-elected Joe Biden was a decrepit stooge who stood as a patsy candidate for an evil cabal that would dump him at the final hour and instal their true choice – Hillary Clinton – in his place. None of that went according to plan and while it took longer than you would expect, the majority of Americans accepted reality. Trump lost. Biden won.

In the past, if a prophecy failed to eventuate, QAnon would either attempt to bend reality to meet its narrative or retroactively adjust its forecasts. Somehow it managed to convince its followers that things didn’t work out the way they said they would because the ‘deep state’ forces working against them were so powerful. The fact that they were wrong was proof enough that they were actually right.

If further evidence was needed, Q would turn to its mind bending principle that “future proves past.” Rothschild explains, “This holds that events that will unfold later will serve as evidence of Q having been correct beforehand. It’s a form or retroactive prediction that can turn the most innocuous bit of text into incontrovertible evidence once something comes along that matches up with it.”

Q’s trick was to write volumes of vague drivel that was “always eventually going to be something,” says the author. A scam like that used by those psychics at the end of the pier.

Commentators now kick over the ashes of QAnon, finding the odd spark here and there but nothing like the flames that blazed last year, while Rothschild questions its very nature and finds that although QAnon has characteristics of a cult, – exhibiting “an effort to employ thought reform or coerce persuasion” alongside a tendency towards destruction – it lacks one essential ingredient, a singly identifiable and charismatic leader.

The author does dig deep however, concluding that while Q had several iterations in human form, the most recent and maybe the final one was a joint enterprise between Jim Watkins and his son Ron who have never been far from the hosting or managing the 8kun forum that QAnon calls home.

Ultimately, who runs QAnon is not important, Rothschild says. It’s not a financial scam that set out to rip people off, nor has it ever encouraged violence among its followers. It is an idea that sprang from nothing and became everything. Q simply gave birth to a conspiracy narrative, released it into the wild and with periodic nurturing watched it spawn into a phenomenon that ruined friendships, destroyed families and even cost lives. It’s not gone forever and still exists in Facebook groups, Telegram channels and hidden corners online but the “storm” it prophesied seems to have passed.

All it took was 4,953 ‘drops’ on a message board to cause a modern-day equivalent of the 1518 dancing plague of Strasbourg. As Rothschild says, while it may have passed and the QAnon message board silence continues, we know there will be another. “What it looks like and how to deal with it will be unknown – but it’s coming,” he warns. “At least this time we might be able to recognise it when we see it.”