In Japan, the Typhoon began to kill people. Video 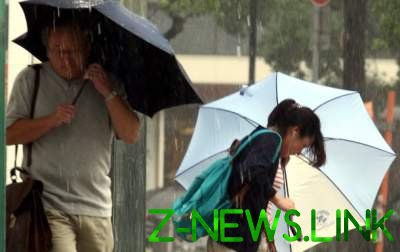 As noted, the speed of the Typhoon reaches 216 km /h. As reported by weather forecasters, the elements may cause dangerous landslides and floods. The Western part of the country is covered by heavy rains.

“In Wakayama Prefecture on the main Japanese island of Honshu were missing 82-year-old pensioner, whose house was destroyed by a landslide. In addition, in Fukuoka, 63-year-old local resident was crushed by the scaffolding, shot down by squally winds,” the report says.

The Typhoon has also forced authorities to evacuate people from coastal areas. He broke the train schedule and was forced to cancel 300 flights. Reported about 90 wounded in addition to the two deaths associated with the storm.