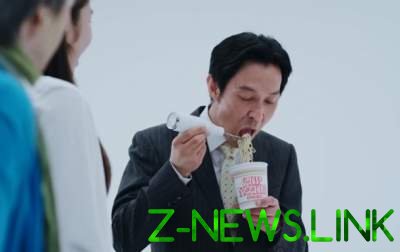 The gadget was named “Otohiko” and looks much bigger than a normal fork.

In Japan have created a “smart” fork that can drown out a Champ. The gadget is called “Otohiko” looks much larger than conventional Cutlery. Video plug was posted on YouTube.

The idea was pocherpnut, in the truest sense of the word, from toilets. That is so Japanese toilets TOTO Otohime, where all the “obscene” sounds of silence “decent”.

The plug is equipped with a special sensitive microphones which can recognize all the unpleasant sounds that accompany the consumption of food. After this gadget signals via Bluetooth to the smartphone that you want to include “music”, which would have killed a Champ.