Home / business / In Irkutsk, a cemetery employee died in someone else’s grave

In Irkutsk, a cemetery employee died in someone else’s grave 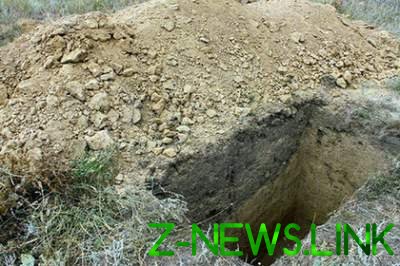 In the Irkutsk region, Bokhanskij district in the village of Taras was found the body of a local resident in the grave that was dug for the other deceased.

About it reports regional Department of the Investigative Committee.

The body was discovered on August 25. Signs of violent death was revealed.

According to preliminary data, the 55-year-old man along with two friends dug the grave and drank. He fell asleep on the ground, and his companions went home. Returning the next morning, they found the corpse in the grave. Death probably was caused by hypothermia.

Being tested, the results of which procedural decision will be made.

As previously reported, In Novosibirsk until the end of the year will launch a mobile application to search the graves.

This was announced by the Deputy chief of city Department of industry, innovation and entrepreneurship Vitaly Vitukhin.