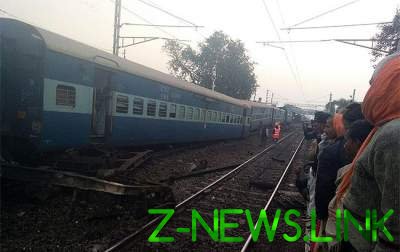 At the moment we know of three dead and nine wounded.

In India at least 13 train cars derailed on Friday morning, November 24. As a result, three people were killed and at least nine injured.

Express derailed at a railway station in the district Manikpur Chitrakoot, Uttar Pradesh approximately 4:14 a.m. local time. The train route from Goa to Patna. After the crash the train was stopped in the direction of Patna-Allahabad.

The Prime Minister of the state Pradesh Yoga Adityanath and the Minister of trade unions of the railway Pius Goyal expressed his condolences in connection with death of three people. The Goyal announced compensation to the relatives of the victims and those who were injured.

See also: In the area of the disappearance of the Argentine submarine explosion

The representative of the North Central railway Amit Malviya reported that the train with the rest of the passengers went from the scene to Patna at 7:25 am local time.