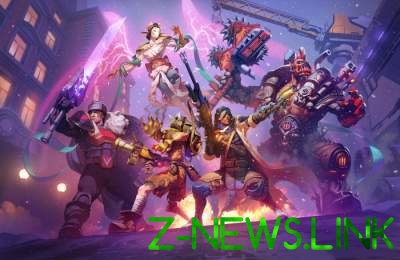 New characters will be veteran-sniper Ana and restless lover of explosions Krysavcik.

Blizzard Entertainment continues to add to the hodgepodge of Heroes of the Storm his new universe, Overwatch. In the near future, developers will run into a “mob” of the two heroes, map, skins and more.

New characters will be veteran-sniper Ana and restless lover of explosions Krysavcik. Judging by the trailer, the characters traditionally have their Overwatch techniques: for example, Krysavcik enjoys the “Hell bus”, although in Heroes of the Storm can also fly on a bomb-rocket.

Fresh map for Heroes of the Storm is called a “Factory wolska” — the action takes place in a factory, which you could see in and Overwatch cinematic trailer with Sombras. Interestingly, the commentator of the event itself is Ekaterina Volskaya.

The “Factory wolska” the capture point is almost in the same Overwatch. However, in Heroes of the Storm for captured points give a huge robot defender “Triglav”. It will get from two pilots: one moves the fur, and the second shoots.

The update also adds costumes. Among them — “the Commandant Varian” (a cap with ear-flaps! bear head!), “Ifrit Ana” (analogue of Overwatch) and “the D. Va, the Destroyer” (inspired by Deathwing the Destroyer). Will and other cosmetics: graffiti, emoticons and horses.

In addition, the update start event “Pacimal”. Before the start of matches players need to open the containers and look for gold patimari. The more you find, the more rewards you get. As prizes — emoticons, banner, graffiti and portrait.

When the “Factory wolska” and new heroes will appear in the game, Blizzard did not disclose. But on Monday, the expansion is expected to debut on the test server Heroes of the Storm.

Earlier, Blizzard has moved from Overwatch in Heroes of the Storm D. Va, Genji, Lucio, the Tracer and the Dawn and the map “Hanamura”. However, in August, “Hanamaru” removed from all ordinary modes of Heroes of the Storm — the developers realized that in game design locations is a fundamental problem. So mobojuju “Hanamaru” sent for overhaul on an unknown date.