Home / Society / In Germany will establish a monument to Lenin

In Germany will establish a monument to Lenin 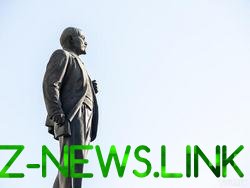 In Germany, the court resolved to establish a monument to Lenin. A two-meter statue of the leader of the world proletariat will be in Gelsenkirchen at your office Marxist-Leninist party of Germany, reports Euronews.

About his plans Marxists announced in mid-February. However, strongly opposed by the city authorities, citing the fact that the monument will close the view of the historic building nearby.

The court decided in favor of the party. There called the ruling “another great victory of Vladimir Ilyich” and stated that a monument on 14 March.

As reports the edition, the statue was made in the 1930-ies in the Soviet Union and for some time was in the territory of the Czech Republic. The party purchased it at auction and brought in Gelsenkirchen.

The city government plans to appeal the decision.