Home / WORLD / In Germany, the refugee, the teenager stabbed the German in front of 20 people

In Germany, the refugee, the teenager stabbed the German in front of 20 people 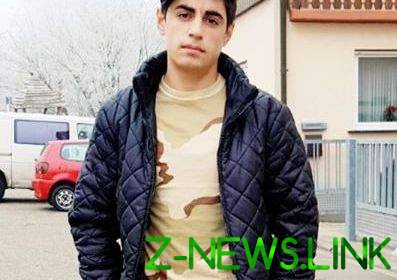 The deceased was the same age as a young offender.

As noted, a native of Afghanistan Abdul dealt a girl named MIA blow 20-centimeter kitchen knife in one of city drugstores, which at the time were 15 to 20 people.

It is known that the deceased reportedly had an affair with the killer, but then wanted to stop communicating with him. After that, the Afghans began to threaten her and chase the girl, her parents had to at the insistence of Afghan complaints. The police conducted a conversation with him, then Abdul decided to watch for a girl and kill her.

See also:  Schwarzenegger promised to "smash the face of trump on the table"

It has been also revealed that the young man illegally arrived in Germany in April 2016, without their parents.

A major channel Germany ARD refused to cover the murder, because the incident was “parochial,” says Welt. After other German media drew attention to the concealment of the incident from the ARD television channel dedicated to the murder of a small plot, published in the final issue of the news.

16 Oct 2016 a native of Afghanistan, Hawari Hussein raped and killed 19-the summer student of medical University Maria Ladenburger, who was the daughter of the assistant Director of the legal Department of the European Commission. The ARD ignored the incident. Initially it was reported that Hawari 17 years, but in December 2017, it turned out that the real date of birth of the Afghan — 29 January 1984.