Home / WORLD / In Germany, the gays will pay benefits for persecution after the Second world

In Germany, the gays will pay benefits for persecution after the Second world 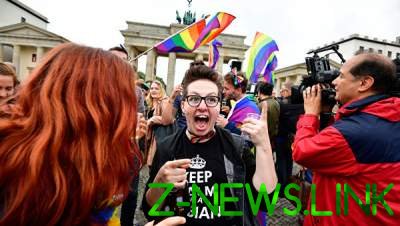 Then homosexuality was a criminal offence.

German authorities on Wednesday extended compensation to a greater number of gay men who were persecuted by the law in force in West Germany after the Second world war and according to which homosexuality is a criminal offence.

German lawmakers in 2017, approved the cancellation of thousands of convictions under paragraph 175 of the law which remained in force in the form of the Nazi era, while homosexuality was decriminalized in 1969.

They approved the payment of 3,000 euros per record, plus 1,500 euros for each year of actual imprisonment.

The new Directive of the Ministry of justice distributes the payment to the persons against whom conducted the investigation or who have been taken into custody, but not convicted. We are talking about 500 Euro ($ 565) for the investigation, 1,500 euros ($ 1695) for each, the pre-trial detention, and 1500 euros for other professional, financial, or medical disadvantages associated with the law.

The new Directive of the Ministry of justice distributes compensation to people who had been investigated or taken into custody, but was not convicted. Will be paid 500 euros ($ 565) for the investigation, 1,500 euros ($ 1695) for each, the pre-trial detention and EUR 1,500 to other professional, financial, or medical disadvantages associated with the law.

See also:  The plane extra villages due to an unusual incident

The law criminalizing male homosexuality was introduced in the 19th century, intensified under Nazi rule and saved in the form of democratic West Germany, which has condemned nearly 50 thousand men in the years 1949-69.

Compensation also applies to men convicted in Communist East Germany. Overall, 68300 people were sentenced to different forms of paragraph 175 in both German States.