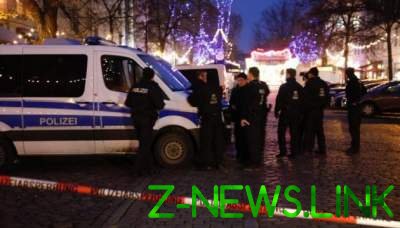 In the German Potsdam on Friday afternoon evacuated the visitors and vendors of the Christmas market because of a bomb threat.

“Currently we are in the centre of Potsdam due to reports of a suspicious object. The place is already fenced. We called special forces. In the area of operation was also a Christmas market.”

Local media reported a large police operation. Everything inside the fenced perimeter was evacuated. The bomb squad examined a suspicious object – a package of size 40×50 cm, He was taken to the pharmacy where it opened an employee and found “a suspicious wire and equipment”.

As reported, in December last year, a terrorist attack at a Berlin Christmas market killed 12 people.