Home / WORLD / In Germany, postponed the creation of a new coalition: the reason

In Germany, postponed the creation of a new coalition: the reason 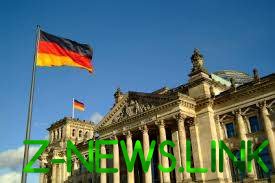 Disagreement on the topic of migration and asylum.

The representatives of the bloc of the Christian democratic Union and Christian social Union, Free democratic party and Green has postponed talks on a new coalition. The talks were postponed because of disagreements in the views on the topics of asylum and migration.

It is noted that Green represented categorically reject the CDU/CSU, a set of rules for migration. Green requiring renewal of permits for family reunification of migrants. In the rulebook of the CDU/CSU for migration indicated the intention to limit the immigration of roughly 200 thousand refugees a year, but without reference to the fundamental right to asylum. Instead, this limit want to achieve through other measures, such as the termination of family-based immigration, deportation and strict extension of the list of so-called safe third countries.

See also:  In Catalonia began clashes with the police

Was also postponed further talks on the topics of climate and energy policy. It is expected that the negotiations will continue next week.

We will remind, parliamentary elections in Germany held on September 24. Leader of sympathies of voters predicted was the Alliance of the CDU/CSU led by Chancellor Angela Merkel and the social Democrats Martin Schulz has shown one of the worst results in the history of the party.

See also:  In the United States detained a Ukrainian opposed the Russian artists

The SPD after the election immediately declared that out of the “Grand coalition” with the CDU/CSU, which has existed since 2013. According to local media reports, the only realistic option of a coalition of the CDU/CSU is now associated with the Free Democrats and greens.