Home / INCREDIBLE / In Germany found the fossil of a unique, highly surprised scientists

In Germany found the fossil of a unique, highly surprised scientists 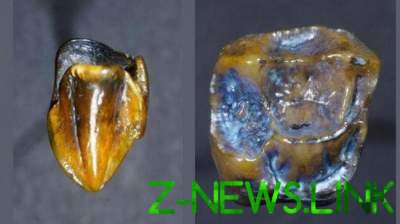 His discovery researchers call the great mystery, the solution of which need a lot of time.

In Rhineland-Palatinate (Germany) archaeologists have found in the old channel of the Rhine in the teeth of great apes, which are not similar to any of the known fossils from Europe or Asia. Scientists from the Natural history Museum of Mainz compared with the African finds.

As it turned out, the teeth, discovered in Eppelsheim, 9.7 million years, and they have 4-5 million years older than the African. “It’s a big mystery,” said the head of the research project Herbert Lutz. Archaeologist Axel von Berg is confident that the findings will draw a lot of attention and very surprising the experts. For Europe this is a unique fossil. Their unusual finds and the archaeologist Marion Wittier.

See also:  Astronomers showed the nebula is an unusual color

Radical and eye teeth, according to the report, do not belong to the representatives of any of the known European or Asian births. However, the size and shape they resemble the teeth of the ancestors of the people of Africa, which is still considered the cradle of mankind. The biggest similarity anthropologists have discovered the famous Lucy (Australopithecus afarensis), Ardi (Ardipithecus ramidus) in Ethiopia. But this is not the place nor the time.

Recently started to work an international team of scientists that must find an explanation for the unique finds. The results obtained by archaeologists from the Rhineland-Palatinate, next week will appear in the social network Tagged. Experts plan to investigate the thickness and structure of the enamel, as well as family ties. “The real work is just beginning,” explained Lutz.