Home / WORLD / In Germany, a drunken Ukrainian rammed a police car, a man was killed

In Germany, a drunken Ukrainian rammed a police car, a man was killed 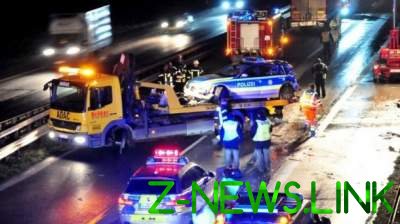 The incident occurred in the night from Wednesday to Thursday

“Drunk truck driver on highway 61 near Viersen, North Rhine-Westphalia, rammed a police car”, – is spoken in the message.

Driving a truck sat 48-year-old Ukrainian, he is arrested. His blood discovered more than two per Mille of alcohol.

It is noted that the attention of drivers of 40-ton car drew even in the Netherlands, they said he would patrol about the strange machine they gave information. Police with flashing lights was waiting for the truck on the road, but the truck at full speed crashed into the patrol car, dragging it 200 meters.

Later the Consul General of Ukraine in Dusseldorf Vladislav Egors has informed that now the driver is in jail mönchengladbach, North Rhine-Westphalia, reports “UKRINFORM”.

“He is in Moenchengladbach. The investigation is underway,” – said the Consul General.

According to him, workers dipuchrezhdeniya learned about the accident from the media, and then themselves immediately contacted law enforcement.

Currently, the Ukrainian side is waiting for the official letter from the authorities. Now not even know the name of the driver, as well as the end point of his route. 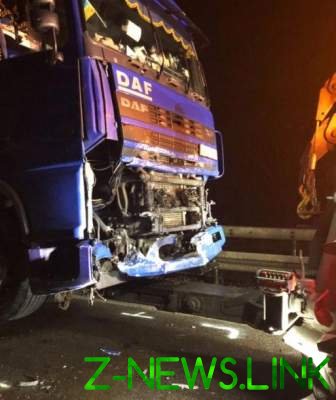