In Georgia died the actor who played count Cagliostro 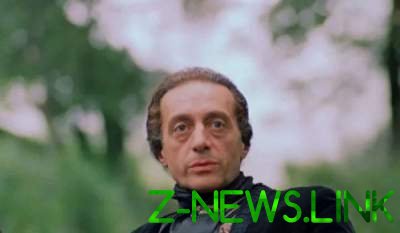 He died in Tbilisi.

Soviet and Georgian actor Nodar Mgaloblishvili, best known for the role of count Cagliostro in the picture of Mark Zakharov Formula of love, passed away at the age of 87 years.

As noted, he died in Tbilisi. Mgaloblishvili wore the title of honored and people’s artist of Georgia.

See also:  Turkish troops in Syria has dealt the Islamists a major defeat

Nodar Mgaloblishvili after graduation in 1954 he began to work in dramatic theatre of a name of Mardzhanishvili Cat. He has participated in productions of Othello by William Shakespeare, At the bottom by Maxim Gorky, etc.

In the movie actor made his debut in 1958. The most vivid role – count of Cagliostro in the film Formula of love, however, voiced his Armen Dzhigarkhanyan.