Home / INCREDIBLE / In Georgia, archaeologists have discovered a sensational find

In Georgia, archaeologists have discovered a sensational find 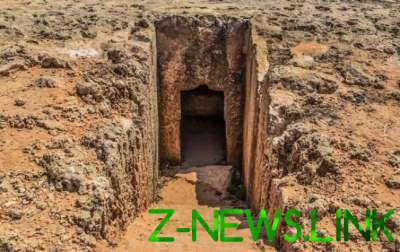 In Georgia, found the grave of a medieval king.

The discovery was made during restoration work at St. John Krestitelskom monastery in the village of Chaleur in the municipality of Gurjaani in Eastern Georgia.

With epitaph it became known that the burial of king Kvirike III, also known as Kuirik Great. He ruled Kingdom of Kakheti-screaming in the eleventh century.

The text of the epitaph written font, animatsuri. It is used for the Georgian language. Now the font is deprecated and used only in religious texts.

Kuirik III led the Kingdom of Kakheti-Hereti in Eastern Georgia from 1014 1037 for years. He successfully United the feudal kingdoms of Kakheti and yells.

The region flourished during his reign. Kuirik III established his capital in Talwade, built a Palace in Bodage. Defended the country from various invaders, including the Byzantine Empire. The king eventually killed a slave ourdoor Alan king who tried to conquer the Georgian Kingdom.

Kakheti-yells existed after the death of the king to 1104, when king David IV combined it with a United Georgian Kingdom.

Kvirike III the tomb is built of stone and located in the southern part of the monastery of the IX century the Monastery complex of the 9th century is located in the forest outside the village of Kalur.