In fresh censorship, Twitter bans ‘Russian’ accounts it says are ‘undermining confidence in NATO’ amid rising tensions with Moscow 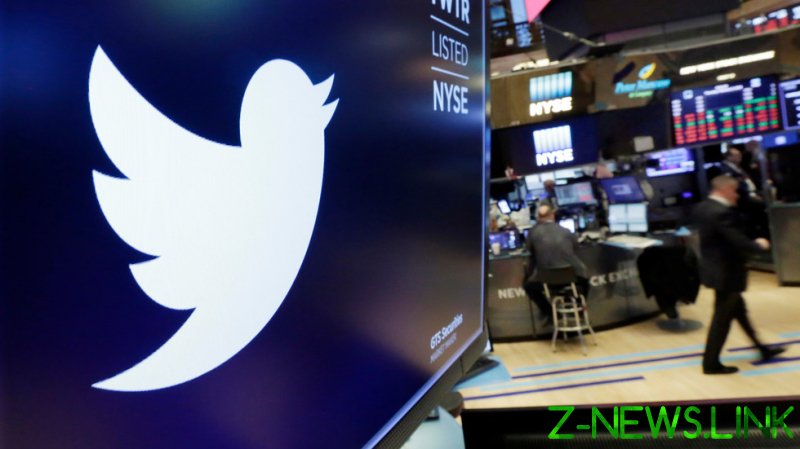 On Tuesday, Russian media reported that the San Francisco-based microblogging platform had confirmed at least 100 of the bans were of accounts supposedly connected with Russia.

According to a company spokesperson, “some of these accounts disseminated messages that were associated with the Russian government, while the rest of the network focused on undermining confidence in the NATO alliance and its stability.”

In addition, according to Twitter, 31 accounts were deleted for being allegedly associated with the “Internet Research Agency,” which some in the West claim is a state-connected hacker factory, and other Russian government structures. The company added that some of these were engaged in criticism of the EU.

Foreign Ministry spokeswoman Maria Zakharova said that branding users Russian agents of influence was a worrying precedent. “Millions of users can fall under [this term]. Even Navalny and his associates – they certainly influence the US and the EU, given the speed with which anti-Russian sanctions have been rubber stamped,” she said.

“We will assess the grounds for blocking and give an expert response,” Zakharova said.

In November, a Moscow lawmaker introduced a bill that would see sites like Twitter and Facebook blocked in their entirety for censoring Russian news sources. Twitter labels multiple publicly funded outlets as “state-affiliated media,” despite not doing so for Western equivalents, such as America’s state-run RFERL and Britain’s BBC.

NATO has consistently been criticized by Russian politicians as well as media commentators over a series of military operations carried out on its borders. In December, the country’s Deputy Defense Minister Alexander Fomin told journalists that, last year, “the activity of the air and naval forces [of NATO] has increased significantly, and situations that can lead to serious incidents are increasingly emerging.”

Earlier this month, the bloc’s Secretary General Jens Stoltenberg told reporters that “we need to send a clear signal to Russia… If they want clashes, we are ready. If they want to co-operate, we will be glad.”