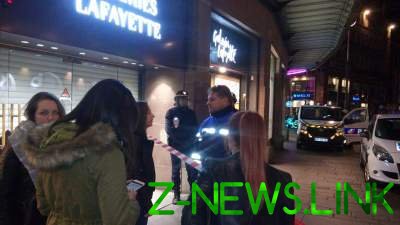 As it turned out, the news was about.

In Strasbourg before the beginning of the Week of Ukrainian cinema reported about “mining” of the theater where was held the event. This was told by Ukrainian writer Andrii kokotiukha in Facebook.

According to the report, the message about “mining” received before the beginning of the Week of Ukrainian cinema, and just before the screening of the movie Ahtem Seytablaev “someone else’s prayer.”

“Strasbourg. Cinema Odyssey mined on the phone. Director – Crimean Tatar. A film about the Crimea. Now Crimea is occupied by Russia. The Russian community is still strong in the West. And now – “mined,” wrote Kokotyuha.