In Fortnite Battle Royale is scheduled a few gameplay changes 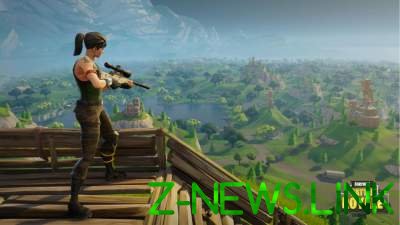 Many of the changes involve guns.

Mode is “battle Royal” in Fortnite, every day gaining in popularity, and developers from Epic Games plans on an ongoing basis to improve it. In a new video they talked about what kind of content players can expect in the future.

Many of the changes associated with the weapon, as the creators have “almost limitless opportunities” to upgrade Arsenal. “First we try to understand what best fits our concept, then do a balance and then produced the relevant patches,” says Epic Games.

Also attention will be paid supplies — according to the authors, they are “most in need of change”. Now, for example, Epic plans to add a potion that heals more than 75 units of health and give extra shield.

In terms of gameplay the developers want to reduce the bullet spread when shooting from assault rifles, but increase the recoil, making the weapon more effective in the hands of experienced users. Bullets and some “guns” will not hit the target immediately — it will take time to overcome the distance to the enemy. Still in the plans is adding the trajectories of grenades, improved submachine guns and automatic selection of items that do not require free space in the inventory.