Home / WORLD / In for the Kyl: PSG turn down $188MN bid for Mbappe from Real Madrid as Spanish giants finally make their move for wantaway hitman

In for the Kyl: PSG turn down $188MN bid for Mbappe from Real Madrid as Spanish giants finally make their move for wantaway hitman 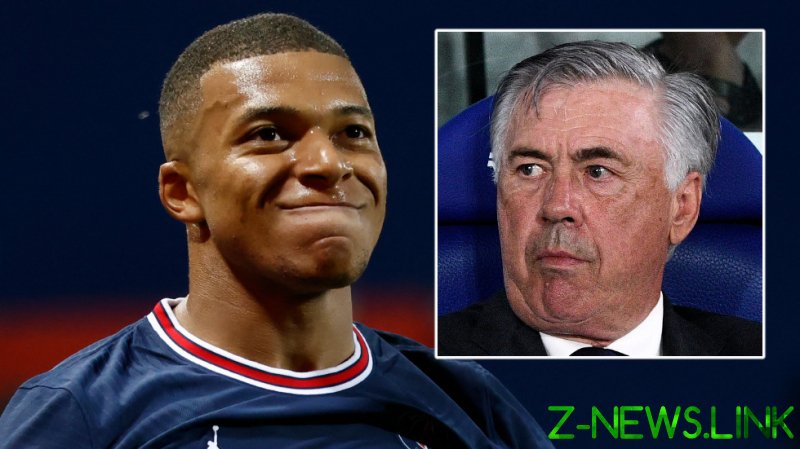 The 13-time Champions League winners have repeatedly been linked with a move for Mbappe, who has rejected three offers from PSG to extend his contract beyond next year and is thought to consider Madrid his ideal destination.

With a week of the summer transfer window remaining, the Liga contenders finally made their move on Tuesday night, tabling an initial offer of around $188 million that has been rebuffed by the Ligue 1 favorites.

Mbappe joined PSG from Monaco for around $212 million in 2017 – making him the second-most expensive player in history behind teammate Neymar, who cost around $10 million more – and Paris may be aiming to at least recoup that mammoth outlay.

Madrid wanted Mbappe while he was impressing at Monaco, and their pursuit of him this time could set a chain in motion that will end in Ronaldo, who is also out of contract at Juventus in a year’s time, moving to PSG.

There will be considerable questioning around Madrid’s ability to afford Mbappe, although they have made healthy profits over recent transfer windows, most recently by selling Raphael Varane to Manchester United and Martin Odegaard to Arsenal for a combined total of around $100 million.

Madrid’s players, however, agreed a 15 percent wage cut last season as part of a bid by the club to offset colossal losses of around $353 million as a result of the pandemic.

Shortly before news broke of Madrid’s bid for Mbappe, Ronaldo was reported to have targeted a move to reigning Premier League champions Manchester City before the end of the window.

The Portugal captain was left out of Juve’s starting lineup for their opening game of the Serie A season on Sunday in a move that the club claimed had been mutually agreed with the striker, suggesting that it was not a sign of his imminent departure.

Everton’s Richarlison is also said to have been suggested by Neymar, with whom he plays for Brazil, as a potential replacement for Mbappe.

Neymar and Messi are yet to combine with Mbappe in PSG’s attack. The France forward has started all three of the club’s league games so far this season, scoring his first goal of the campaign in the 4-2 win at Brest on Friday.

One enthusiastic backer of Mbappe’s potential move to Madrid is ex-Liverpool defender Jose Enrique. “If this happens… I’m actually going to jump in the pool naked live on Instagram,” the former Newcastle star wrote on his social media platform.