Home / Incident / In Exactly burned the car of the businessman

In Exactly burned the car of the businessman 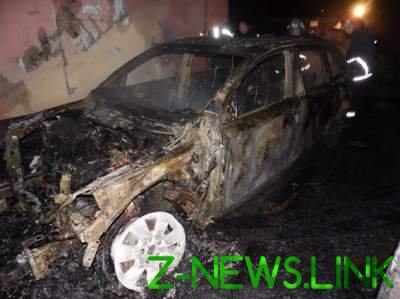 The fire occurred late at night

In Rivne in the yard on the street Krasilnikova burning car. The fire occurred today, the first of December, about three in the morning. About it reports a press-service of the national police of Rivne region.

“Police at the scene found that the car Audi Q7 belongs to the 35-year-old, private entrepreneur. Vehicle completely destroyed by fire and partially damaged the wall of the house,” – said the press service

On the fact of deliberate damage of property by an arson, the police began a pre-trial investigation. The scene the investigators seized the fire debris. Now police officers establish the persons involved in the crime.

We will remind, recently in the village of Aleksandrovka of the Dnieper area, in the yard, unknown persons set fire to the crossover Subaru Outback. According to the owners of foreign cars, about two o’clock they heard a clap similar to explosion of a grenade. Then saw that the car caught fire. As reported in the police car fire was the result of arson by a so-called “Molotov cocktail”.

Earlier it was reported that on the highway Kyiv – Chop, in the Parking lot of one of the gas stations caught fire in the cab of the truck Volvo. The driver tried to unhook the trailer, suffered burns of the hands. 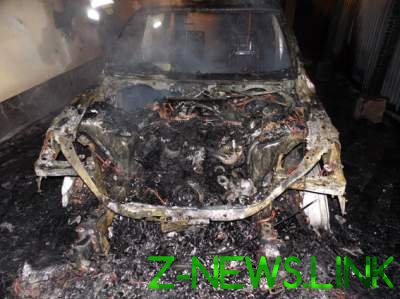 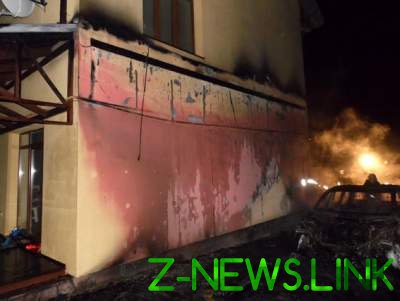 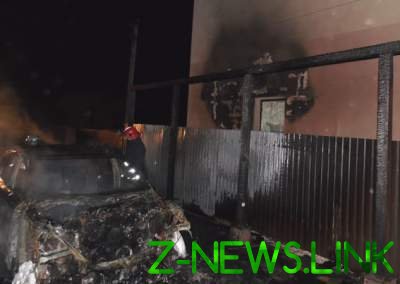