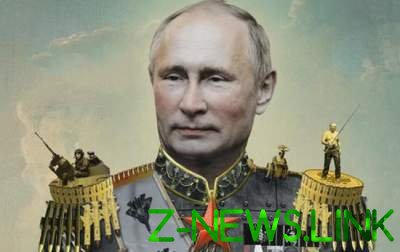 The prestigious British magazine The Economist put on the cover of the new issue collage with Vladimir Putin in the image of the king.

The inscription on the cover reads: “the King was born 100 years after the revolution.”

“At a time when the world celebrates the centenary of the October revolution, Russia again is under the authority of the king,” reads the Twitter account of the publication.

“Russia needs to modernize, following the Western path for civil rights and representative governance, or attempt to maintain stability, opposing their introduction? Putin’s response was to trust the economy, the liberals-technocrats and policy – former employees of the KGB,” – noted journalists.

In addition, according to the authors, “Putin strengthens his power by repression and military conflicts”.

See also:  The hamster has learned to spoon became the darling of Youtube

Netizens have ridiculed the cover of The Economist.

“Putin is a piece of shit from Russia”, – wrote Ivan Ivanov.

“The king” the count!” – posted by another user.