Home / business / In Ekaterinburg the car with gas cylinders caught fire, crashing into a cinema

In Ekaterinburg the car with gas cylinders caught fire, crashing into a cinema 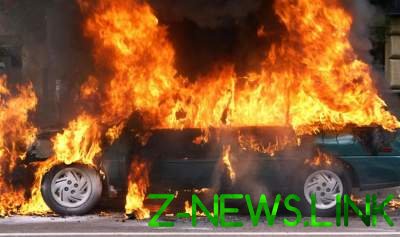 At the scene they saw two people running away.

In Russia’s Yekaterinburg, the car crashed into the building and caught fire.

This was stated by the press service of the Governor of Sverdlovsk region.

It is noted that the car rammed the building of the “Space” around 6 am. According to local press, the building crashed a UAZ loaded with gas cylinders.

According to eyewitnesses, at the scene, they saw two people who ran away. The driver of the vehicle at the scene of the incident not found.

In turn, the portal 66.ru according to unspecified information, said that after the car drove into the cinema, got out the driver and threw in a “Molotov cocktail”. Inside Oise, investigators found a half-empty barrels of gasoline and three gas cylinders.

In the Russian emergencies Ministry said that firefighters put out the fire within 30 minutes. The fire area made 30 square meters From the second floor of the building rescuers evacuated five people. As a result of incident, according to authorities, no one was hurt.

As stated by the mayor of Yekaterinburg Yevgeny Roizman, the identity of the driver installed.

In the regional Department of the Ministry of interior confirmed that the police detained a suspect of involvement in the incident. It was a local resident 1978 year of birth, who was detained after he sought medical help. Criminal case has not yet been filed, is under investigation.

Recall, 25 August, 13 people were killed in the village of Volna, Krasnodar territory after the bus fell off the pier. Subsequently, the number of dead has risen to 18.

Injured in the Krasnodar region of Russia dozens believe. The bus fell from 4 meters high-is an unfinished pier, which was erected for the oil and gas company.