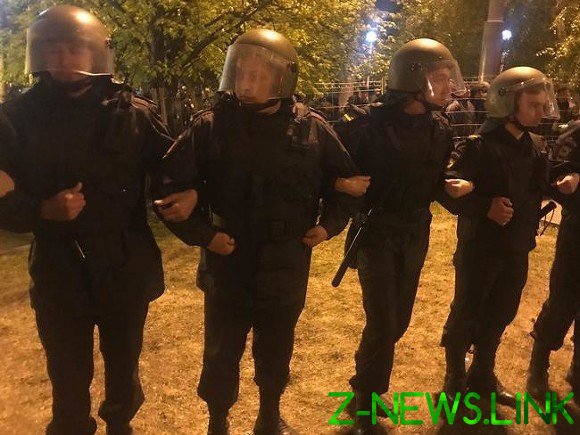 Leninsky district court of Yekaterinburg handed down the first decision under part 5 of article 20.2 of the administrative code for participating in an unsanctioned public event. Prior to that, participants of the confrontation in the Park was fined for the organization and “disorderly conduct”.

Yekaterinburg Stanislav Melnichenko was fined 12 thousand rubles. However, he said “OVD-info”, that during the protests were not in defense of the square and just stood around.

Melnichenko also said that on may 18 it was taken to the main Directorate of Ministry of internal Affairs of Ekaterinburg. There, according to the man, a police officer tried to get him to agree to a Protocol in which Melnichenko designated as the participant. In addition, the police demanded from the man the recognition that during the campaign he cussed. Melnichenko said that the woman wanted to make on it the Protocol on a more serious article.