Home / business / In Donetsk, unknown assailants fired at the drone of the OSCE

In Donetsk, unknown assailants fired at the drone of the OSCE 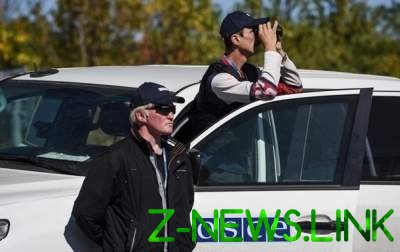 Observers did not dare to send a unit to re-flight.

In Donetsk, unknown assailants fired at the drone of the OSCE, it is reported in the situation report of the special monitoring mission in Donbas.

“On the morning of 23 October, while in the streets of Kobrin in the neighborhood Trudovskoy Petrovsky district of Donetsk, controlled by the DNI (15 km on southwest from the city center), members of the patrol mission heard 4-5 rounds of small arms at 50-100 m to the East from its position – in the area where they were flying unmanned aerial miniport”, – the report says.

See also:  In the Donetsk region an accident with participation of the military

According to team SMM, the shots were made at the drone, which observers still managed to land.

“The mission has reported to the Joint center for control and coordination (JCCC) of the flight in one hour, and also about his intentions to make an additional flight,” added the OSCE, noting that the observers decided not to raise the drone into the sky a second time.