Home / Video news / In Donetsk told how much you are willing to spend for the New year. Video

In Donetsk told how much you are willing to spend for the New year. Video 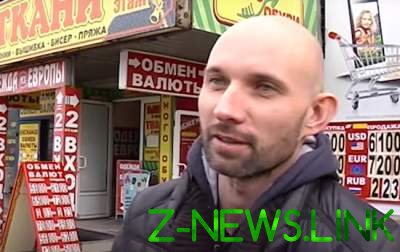 The journalists of “Radio Liberty” asked passers-by on the streets of the occupied Donetsk, how much they will spend on New year celebration. A video interview has appeared on YouTube-channel publication.

So, the residents of Donetsk not too will fork out the products to the festive table and gifts for their loved ones. “I buy everything in advance. Jelly everything is ready, on salads… Ready to spend thousands for two… why more? That person must be? Just OK: sausage, cheese, salads, jelly,” said one woman.

The following Respondent noted that they are ready to spend about five to eight thousand rubles. The man who reporters asked about the new year’s estimates, said that vodka he has (since last year there), and that’s the main thing. “Now buy a cabbage salsa. And here is a New year,” he said. Another Donetsk resident said that “wants to celebrate” the feast, so willing to spend “thousand and twelve, if possible”.

The following Respondent was not so generous and said it was willing to spend on Christmas table is only a thousand rubles. “I have a pension of two thousand. What can you spend?” she said. “You know, now went and looked… don’t know… something, of course, have to spend… Will delight at least with small gifts…” said another woman.

And the woman with the baby said that the celebration her family will spend about five thousand rubles. “In short, the entire salary,” she concluded. Earlier, the residents of the city of Kramatorsk, Donetsk region told to journalists of “Radio Liberty” about how much they plan to spend on New year celebration. According to local residents, they are going to spend roughly one to five thousand hryvnia.