In Crimea detained “mayor” of Yalta 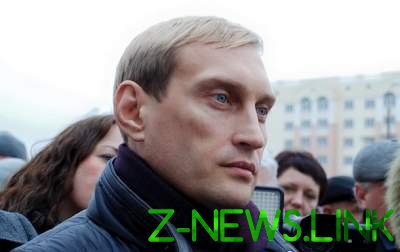 The official is suspected of excess of authority with grave consequences.

FSB opened a criminal case against the so-called “head of the administration of Yalta” by Andrei Filonov, who is suspected of abuse of authority with grave consequences. On Wednesday, April 3.

According to intelligence agencies, at the residence of the suspect, in the administration of the city of Evpatoria and other locations under investigations.

See also:  The Kremlin voiced the opinion about a new wave of sanctions against Russia

On the eve of “head of administration” Evpatoria Andrei Filonov reported that a city court has directed the Chairman of the city Council to terminate his employment contract. He said that the court’s decision “is not yet in force,” and does not mean that it is “automatically dismissed”.

According to the Crimean media, the “Prosecutor” has addressed in court after the decision Filonov to be appointed Director of one of municipal agencies was the father of his common-law wife.

45-year-old Filonov headed “administration” of the city from November 2014. Prior to that, from April 2014, was an adviser to the so-called “head of the Republic of Crimea” on resorts and tourism.