Home / WORLD / In Covid-19 mindset, panic has become a twisted new virtue. Heroes of old who conquered their fears would now be branded as idiots 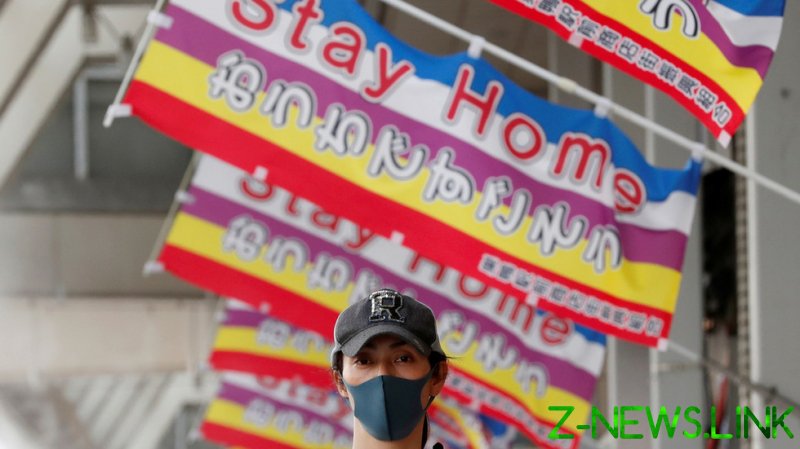 Sociologists, political theorists and other experts credit the ongoing coronavirus pandemic with forging countless changes in global society. Some are practical, some psychological. Some are temporary, while others will remain in evolving forms.

It’s difficult to deduce if the most troubling change we’re seeing really resulted from the viral crisis, or whether it had been waiting under the surface noise of daily life for full exposure by Covid-19. For the first time in human history, fear is now considered a sign of intellectual superiority, while the choice to resist panic is seen as stubborn foolishness.

For the first few weeks of the pandemic in early spring of 2020, panic ruled the day and lockdowns rolled across the world. The vast majority of us went to ground, whether it was to “flatten the curve” or just because no one quite knew what to expect from this virus. That seemed like a reasoned response to the situation, especially considering that the contagion originated in China – a nation whose external communications are (at best) reticent or (at worst) outright lies.

As weeks stretched into months, living with the bug every day unveiled certain self-evident truths – from whom the virus attacked most aggressively, to how and why it spread, to how controllable the bug was with masks, social distancing, disinfectant, etc. Much of the evidence coming in from the CDC and university studies indicated Covid-19 was nowhere near as serious as the world feared in March of this year. The virus was real, but identifiable. It was dangerous, but manageable.

Oddly enough, that encouraging news is often discounted or ignored by the bunkered crowd who seem to root for infections to justify their anxiety. Anyone who acts upon reasoned reports with reduced concerns, or even so much as allows his or her mood to lighten, is dismissed or outright insulted as careless and ignorant.

I’m not referring to some door knob licker who denies the virus exists and flaunts safety precautions – or political conspiracy fans who see any concerns over the bug as mere hype to control the masses. The individual who believes he or she can navigate this temporary crisis successfully until it concludes in a cure or a vaccine – who simply refuses to run screaming into a hazmat suit – is regarded as a clown. The opposite is therefore true. The person who panics and lives in constant fear is somehow more intelligent.

If you don’t stay locked in your bedroom in favor of going about your life – still masked, scrubbed and distanced – you’re a fool. Even worse, you’re a reckless fool who lacks compassion for the people you might infect. Regardless, the underlying theme is “crisis” and desperation in place of “challenge” and problem solving.

As convenient partisan simplicity swoops in to blame it all on a political philosophy, this terrified tap dance can reach across the spectrum. California’s progressive-dominated state and local governments revel in their daily war room broadcasts and arbitrary orders restricting the citizenry with or without legal authority. Independent thinkers who long for some restoration of normality while living with the viral risk are looked on as witless, selfish or outright criminal.

Before the right assigns this breathless overkill to progressive hypersensitivity, it should look to the Conservative government of the UK as Prime Minister Boris Johnson throws out random edicts at a manic pace – demanding the British population hunker down in a manner not seen since the Blitz. Anyone who doesn’t hide in the Underground is a village idiot.

It’s a certainty this phenomenon is yet another product from our Age of Narcissism. Shaming others for not climbing aboard doom’s bandwagon is little more than a quick, lazy and unearned ticket to some assumed form of intellectual superiority. “Look at me! I’m scared because I’m smart.”

The one unifying principle is ongoing fear and the dismissal of anyone who doesn’t share it. That worldview runs against the long-flowing tide of human civilization. Before 2020, fear was to be avoided. While it was not necessarily an emotional reaction of weakness, it was a threat to progress and civility.

Let’s use popular culture as our demonstrative library. In Dune, fear is the “mind killer.” Sheriff Brody must ignore his fear of the water to kill a deadly shark. The evil ghosts of Poltergeist “know what scares you.” Rocky Balboa must overcome his fear to reclaim his heavyweight title. The heroine of V for Vendetta can only fight oppression once she sheds her fear. In Star Wars, fear threatens to turn Rey to the Dark Side of The Force.

Authors from William Shakespeare to Jane Austen to Anatoly Rybakov to Sir Arthur Conan Doyle to Harper Lee to Alice Walker made overcoming fear a central theme of their masterpieces. If you want to turn the pages back to an era before the English language existed as we know it, Beowulf became one of the Western world’s first great heroes by conquering the fright caused by Grendel and his mother. Turn back another era, and you’ll read how Gilgamesh overcame his fear of death en route to becoming a hero.

Finally, if we allow a little old-time religion into the fray and check in on the Gospel writers, we’re told Jesus wept in fear the night before defeating its temptations and facing the crucifixion. Halfway around the world, the Buddha stated: “The whole secret of existence is to have no fear. Never fear what will become of you.”

The current psychological zeitgeist would ridicule all of those figures or those authors and their protagonists as hasty and brainless for not running away and hiding from a threat indefinitely until it did its damage or decided to go away.

Those in the cult of alarm will say all of those references are fiction, and Covid is real life. I would motion over to Joseph Campbell and remind them that myths and their fables indicate cultural values. No one ridiculing their fellows for not wearing a mask while alone in their cars, dining outside of their own kitchens or even longing to get back to their workplaces has any part to play in any stirring touchstone story or in the real world events that inspire them.

Perhaps this new worship of trepidation is another symptom of the coronavirus that will pass. Until then, we live in hope for a vaccine against our 2020 affliction of dull, self-adulatory dread.