Home / WORLD / In confronting Russian ‘aggression’, Biden forgets he is the problem, not the solution

In confronting Russian ‘aggression’, Biden forgets he is the problem, not the solution 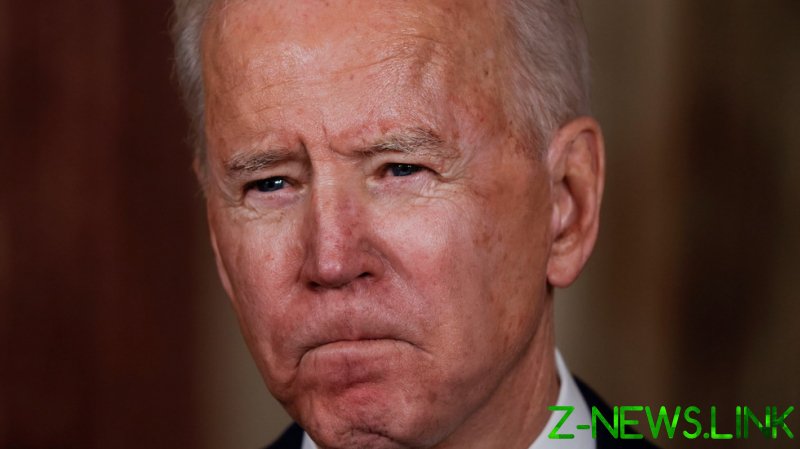 With these resounding words as his starting point, President Joe Biden gave his first major foreign policy address, symbolically delivered at the State Department headquarters, with Secretary of State Anthony Blinken in attendance. His was a message of rebirth and hope.

“As I said, in my inaugural address,” Biden noted, “we will repair our alliances, engage with the world once again, not to meet yesterday’s challenges, but today’s, and tomorrow’s.”

Biden’s speech covered a wide range of topics, ranging from the Covid-19 pandemic to climate change, from the Middle East to LGTBQ rights. He waxed eloquently about the nexus between democracy and progress.

But in Biden’s world, the road toward America’s re-emergence as the global “shining city on a hill” that inspires all who gaze upon it is strewn with obstacles put in place by those nations who oppose Biden’s midwifing of American exceptionalism. Newton’s Third Law of Physics, where every action has an equal and opposite reaction, applies to geopolitics as well as science. This means that American “democracy” will be opposed by the forces of “authoritarianism.”

To confront this, Biden notes, “American leadership must meet this new moment of advancing authoritarianism,” including “the determination of Russia to damage and disrupt our democracy.”

Biden reiterated the points he made to Russian President Vladimir Putin during their phone call of January 26, where, as he “made it clear to President Putin in a manner very different from my predecessor, that the days of the United States rolling over in the face of Russia’s’ aggressive actions, interfering with our elections, cyber-attacks, poisoning its citizens are over.”

Biden’s shopping list of alleged Russian sins is an interesting one, given that none of the three delineated actions has been substantiated as fact. Chris Krebs, who headed up the US Cyber Security and Infrastructure Security Agency, publicly declared that “The November 3rd election was the most secure in American history.” This comment wasn’t made lightly, Krebs noted, but rather was derived from “three and a half years of gaming out every possible scenario for how a foreign actor could interfere with an election.”

While a joint statement from the FBI, NSA, Cybersecurity and Infrastructure Security Agency and Office of the Director of National Intelligence has declared that the Solar Winds cyberattack can be attributed to “an Advanced Persistent Threat (APT) actor, likely Russian in origin,” major cyber security companies, such as FireEye, who first detected the Solar Winds intrusion, were more circumspect.

“We are not attributing to a sponsor at this time,” Benjamin Reed, FireEye’s director of threat intelligence, said. “We don’t have sufficient evidence to support naming a specific sponsor.”

Biden’s reference to “poisoning its citizens” is an odd observation to make when defining threats to American democracy, given that it most likely refers to the allegations that the Russian opposition figure Alexei Navalny was poisoned by Russian security officers using the deadly chemical agent Novichok. Unless Biden is postulating constructive connectivity between the US and Russian political opposition (none exists), such linkage is nonsensical.

Moreover, the allegations of poisoning have not been substantiated by anything remotely resembling fact. Indeed, Russia has been refused access to the laboratory results underpinning the claims that Navalny was poisoned. Rather than serving to illustrate an example of a Russian attack on US democracy, as alleged by Biden, the Navalny affair better illustrates the opposite — the ongoing attack on Russian democracy by the United States.

The reality is that the future of US-Russian diplomatic interaction will not be defined by false claims regarding Russian election interference, unsubstantiated allegations regarding the Solar Winds cyberattack, or the Russian domestic drama surrounding Alexei Navalny. Rather, the US-Russian dance card will be filled trying to resolve current “hot topics” such as Syria and Libya, Ukraine and the Baltics, and the role played by nuclear weapons in defining the nature and degree of conflict that can be expected in any practical application of Biden’s new anti-rolling-over doctrine.

The problem facing Biden, and to a large extent his Secretary of State Anthony Blinken, is that the world situation as it exists today regarding US-Russian diplomatic friction is not defined by any US accession to Russian aggression (i.e. “rolling over”), but by Russian reaction to US-led aggression. Here, the geopolitical corollary of Newton’s Third Law applies in full effect.

It was the US-led NATO intervention in Libya in 2011 to overthrow Muammar Gaddafi that has led to the current level of chaos and unrest there. Russia’s involvement is merely the logical extension of a nation defending its national interest in light of the unpredictability brought on by the resulting power vacuum.

Likewise, the Russian intervention in Syria in 2015 only happened after the US conducted a covert war against Syrian President Bashar Assad that began in 2011. Cause and effect analysis clearly places responsibility for the originating actions that led to the conflict in both Libya and Syria on the United States, and in particular the administration of Barack Obama, where both Blinken and Biden served.

Likewise, any analysis of the current crisis in Ukraine, and the resulting expansion of tensions between Russia and NATO in eastern Europe, shows that the initiating point was not reached as a result of Russia’s intervention in Crimea, but rather as part and parcel of the US-led expansion NATO eastward. It was a US-orchestrated coup in Ukraine in early 2014 that triggered Russia’s actions regarding Crimea. Again, these policies occurred during the Obama administration, at a time when Joe Biden was heading up its Ukraine policy.

While Biden touts the success of the extension of the New START treaty in order to safeguard nuclear stability by preserving the last remaining treaty between the US and Russia, the fact is that the arms race that is being held in check by the extension of New START has as its roots the American commitment to a global missile defense system that Russia, rightly so, believes exists for the purpose of targeting Russian missiles.

While the current stand-off regarding missile defense dates back to the decision by the administration of George W. Bush in 2001 to withdraw from the landmark 1972 Anti-Ballistic Missile (ABM) treaty, that action has been exacerbated by the deceitful manipulation by the Obama-Biden administration of Russian domestic politics, where Obama held out the promise of “flexibility” on the issue of missile defense to then-President Dimitry Medvedev. But Obama’s promise was not only contingent upon his winning re-election, but also on Medvedev staying on as Russia’s president. Putin’s return to office in 2012 ended Obama’s pretense of flexibility. The result is a Russian buildup of its strategic nuclear capability designed to overcome US missile defense.

History is a demanding mistress, and it will be interesting to see how Biden overcomes the uncomfortable reality that the present conflicts he accuses his predecessor of “rolling over” for in the face of Russian aggression are really problems of his own making.

When it comes to diagnosing the disease that is undermining American democracy at home, and by extension American authority abroad, Biden would do well to look in the mirror and put into action the Biblical proverb contained in Luke 4:23: Medice, cura te ipsum – “Physician, heal thyself.”