Home / WORLD / In Colorado, the truck rammed a car: there are victims

In Colorado, the truck rammed a car: there are victims 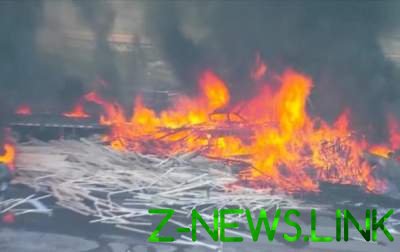 The truck could be a faulty brake system.

Near Denver, Colorado, as a result of collision of the truck with a trailer on a few dozen cars killed four people.

“At least four people were killed during the incident when the driver of the truck drove into traffic that was stopped at the 70th Federal highway near Denver”, – stated in the message.

In the accident, which injured 24 cars and four trucks, a massive fire occurred. The footage from the incident shows a large fire and thick black smoke.

The truck driver, 23-year-old Rogel Aguilera-Mederos, were injured during the accident, however, according to law enforcement officers, a minor. He is now in custody.

According to preliminary information, the truck could be a faulty brake system. As reported in court, in the driver’s blood was found of drug or alcohol substances. The investigation is continuing.