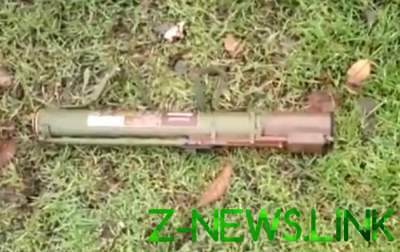 The offender detained and seized his weapon.

The border guard Department of Chongar, on Friday, 1 December, arrested an armed grenade man. This was reported in the press center of the state border service.

The guards called concerned local resident and reported that one of the streets of the village Changar walks a man with a gun.

The state border service officers went to the address. On the spot, they noticed a man who was dressed in a military uniform, and in his hands he held grenade launcher RPG-22. We also found out that the man was drunk.

Soldiers of the offender detained and seized his weapon. At the scene, the guards called the representatives of the National police and the SBU, which gave the offender with the aim of further establishing the circumstances of the incident.

It is also expected the arrival of bomb experts.