Home / Science and technology / In China, preparing the production of processors of a new type

In China, preparing the production of processors of a new type 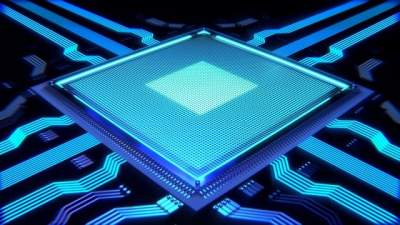 In this chip, the electrons are replaced by photons, which makes the processor much faster.

A test production line for photon processors will be built in Shanghai this year.

In this chip, the electrons are replaced by photons, which makes the processor much faster than existing counterparts.

The principle of operation of the new processor is based on a model that defines the interaction of the magnetic fields of individual atoms. In modern processors are used exclusively by electrical signals.

The production line will eliminate the obstacles created by the physical constraints of traditional chips, said the scientists from Shanghai. The results of the preliminary tests confirmed that a team of researchers has invented an efficient method of production of CPUs, and orders are coming both from the country and from abroad.

It is believed that these chips will be particularly useful in the fields relating to transmission of information, in particular in the production of smartphones, computers, Autonomous vehicles and televisions with high resolution. In addition, it is reported that speed of information processing increased significantly, while energy consumption decreased.

“End users will also notice a big change in their electronic gadgets — computers and mobile phones will become faster and will require less time to load movies,” – said the head of the group of researchers from the Shanghai Institute of Microsystems and information technology at the Chinese Academy of Sciences Yu Mining.

The scientist acknowledged that the work on the creation of photonic processors has accelerated after the United States under a trade war in April, decided to limit the export of semiconductors to China.

Add the world’s first photonic processor was established in 2015 in the US, scientists from the University of Colorado. In 2017, a group of researchers from the laboratory of Hewlett Packard managed to create an optical processor chip which is present 1052 of the optical component, able to quickly and efficiently perform fairly complex calculations.