Home / WORLD / In China, Muslims were forbidden to keep the Koran

In China, Muslims were forbidden to keep the Koran 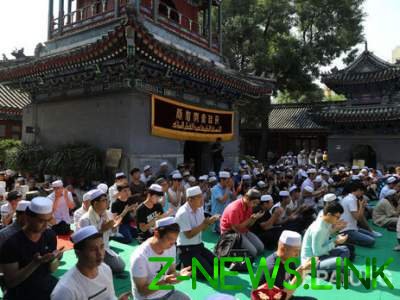 The main book of Islam was banned.

Chinese police under threat of severe punishment, ordered the Muslims to give up all copies of the Koran and prayer mats, wrote the publication Yenicag.Ru citing a message from Uighur activists.

According to activists, officials in the North-Western region of Xinjiang has warned of a mosque that the Muslim families from ethnic minorities should convey the objects of worship, including the Koran and prayer rugs.

In case of detection of their objects of worship, the authorities have threatened to punish their owners. Last week, a similar message was received from residents of Kashgar, Khotan and other regions of China.

The speaker of the world Congress of Uighurs Dilihat Raxit stated that they received a notification according to which each ethnic Uighur shall transmit to the authorities any objects associated with Islam.

According to local officials, the authorities of Xinjiang confiscate all Korans published more than five years ago, because of their “extremist”.
Chinese officials said that they stop illegal propaganda, religious activities, religious instruction and prohibited items which can become instruments of terrorism, including flammable objects and knives.

Uighur organization for human rights appealed to China with the requirement to respect international standards of human rights and freedom of religion.

The Uighurs – Turkic indigenous people, the vast majority of whom live on the far West of China in Xinjiang Uygur Autonomous region of China. Religion – Sunni Muslims. The number of Uighurs in China is approximately 11 million people.