Home / WORLD / In China due to the explosion injured 66 people

In China due to the explosion injured 66 people 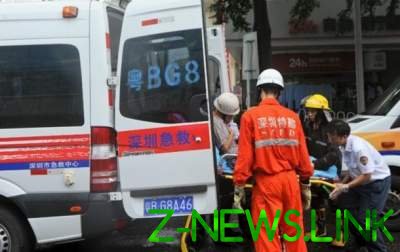 The incident occurred when, after the burial ceremony the people sat down to dinner. Police arrested two people.

In the North of China in the city of bazhou of Hebei province 66 people were injured in the explosion of a gas cylinder at the funeral. This was announced by China Central television on Tuesday, April 2.

According to local authorities, the incident happened when after the burial ceremony the people sat down to dinner: according to local tradition, people gather for a meal, is devoted to parting with the deceased.

All the victims are in hospital, their health is not in danger. Police arrested two people under investigation.

We will remind, in the Chinese province of Sichuan a few days wildfire, which killed at least 24 people.