Home / Video news / In Chernivtsi, the referees ran away from angry fans. Video

In Chernivtsi, the referees ran away from angry fans. Video 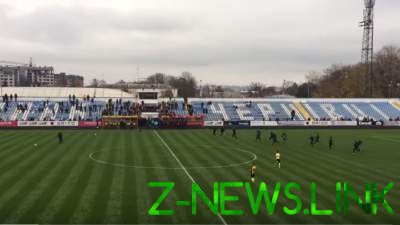 The reason for such aggressive actions of the fans was the officiating of the match.

After the match of the Second League between the “Bucovina” and “Agribusiness” on the field ran the fans of the home team, who were trying to catch up with the judges

The reason for such aggressive actions of the fans was the refereeing of the match, which according to fans was biased. The referee brigade headed by Alexey Derevinskiy during the match took a number of decisions in favor of the guests, and then the team outplayed instead of 5 minutes to 9, and on the 8th minute of the second half was the penalty, which resulted in the “Agribusiness” was able to snatch victory (1:2).

After the controversial victory of “Agribusiness” continues to lead the standings of group A in the Second League, with 42 points. “Bucovina”, in turn, is located on the 6th place with 14 points.

Here’s what happened after the final whistle.