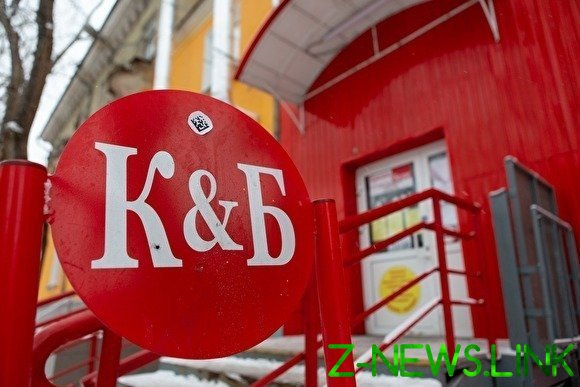 In the Central office of the company “Red and white” in Chelyabinsk are searched. Information about this Znak.com confirmed by a representative of the company. According to the press service of the Federal network, the event, the security forces carried out the audit of the company.

“For confirmation of business relations between him and us we in the office today are relying in the face of law enforcement agencies and tax authorities”, — said the representative of the company, inspectors behave very correctly all the requested information we provide”.

It is known that operational activities are carried out by FSS and FTS. In the regional Department of the FSB refused to comment on the situation. Head UFNS on the Chelyabinsk region Mikhail Biryukov declined to comment.

Network alkomarketov “Red and white” was created in Chelyabinsk a few years ago. The retailer was one of the most dynamically developing companies in the country. The founder of the network, the Chelyabinsk businessman Sergei Studennikov.

Problems the company began last year when the tax assessed that one of the legal entities of the group “Red and white” more than a billion rubles. After that, the network held a series of searches. Security forces arrived at the warehouses and company offices across the country for a few days, paralyzing the work. Then it was announced the merger of the network “Red and white” with a number of Federal players. In January 2019, Igor Kesaev and Sergey Kaziev, which owns a network of shops “Diksi” and “Bristol” and Sergei Studennikov has announced the merger of companies in a single retail business. Not long ago, the owner of the network “Red & White” Sergey Studennikov has renewed its main legal entity to the company registered in Cyprus Amelior Investments Limited, established in March 2019.

Under the control of the Cyprus company, in particular, went Chelyabinsk, OOO “ABSOLYUT” (this legal person held shortly before the end of the year, searches have any tax claims), LTD. “Prometey” (Podolsk, according to “INFOline-Analytics”, it generated about 60% of network revenue in 2018, which amounted to 301 billion rubles) and OOO “Oasis” (Ufa).

As previously reported Znak.com at the end of last year in warehouses and the head office of the network “Red & White” in Chelyabinsk appeared suddenly with searches employees of the Federal tax service, Federal alcohol market regulatory service, FSB and OMON. Source Znak.com then reported that the visit of the security forces may be associated with a validation for possible withdrawal of KB from taxes.

The news is updated.