Home / policy / In Chechnya began to force children to apologize for their parents, accused of witchcraft 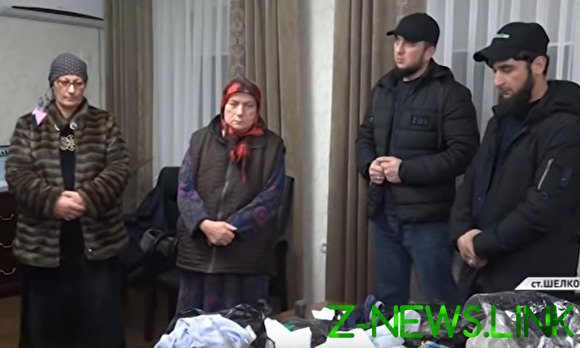 Live chgtrk “Grozny” next came the stories about the detention of people whom the authorities accused of witchcraft. One of the reports devoted to developments in the Shelkovskoy district of Chechnya, where local resident with her husband and a friend had occult services. Apologies detainees were augmented by the repentance of their sons that do not keep track of parents.

The report, entitled “Another crook “Witch”” has been posted on YouTube-TV on February 24. The story says that Taus Sapunova with older man “with the help of amulets did a love spell and attract good luck”, and customers they found zulay abubakarova, for which they received a cent.

Condemning such activities was made by the head physician of the centre of Islamic medicine Adam Elzhurkaev. He noted that witchcraft is prohibited in Islam. In this meeting were invited the sons Supanovas and Abubakarova. Elzhurkaev urged them “to carefully monitor what is happening in their families.” “I would give anything not to see this picture today. Now going for them [parents] to watch. Do not allow such, with the permission of God”, — transfers words of one of the sons of the “Caucasian knot”.

The second young man said that “disgraced before the people and the Republic” and asked for forgiveness for all. Both detained women were also made a public apology.

The publication notes that the inhabitants of the Republic and users of social networks have considered children’s involvement in the persecution of relatives of excessive method. Some viewers expressed sympathy with the sons of the detained women.

Witch hunt in Chechnya was launched in 2013, when the background is declared by the head of the Republic of combat magicians and sorcerers were arrested dozens of people, and some are missing. In 2019, the Republic’s authorities have stepped up harassment of people providing occult services. Such citizens officials call “devils” who “sold his body and soul to the devil.”