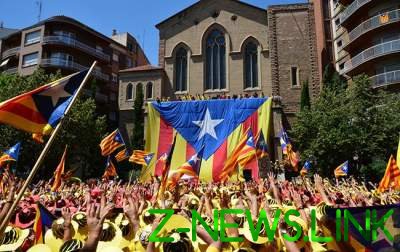 In the Catalan cities remove the national flags of Spain

In Catalonia after the proclamation of independence of administrative buildings began to remove the national flags of Spain.

It is reported that the city Council of Girona removed the Spanish flag within ten minutes after the announcement of the voting results of the regional Parliament. We will note, earlier in Girona declared persona non grata by the king of Spain Felipe VI. In addition, in Sabadell near Barcelona also started to remove the flags of Spain.

See also:  "Alaves" will play against Barcelona in the final of the Spanish Cup

We will remind, earlier the Minister of foreign Affairs of Ukraine Pavlo Klimkin said that the Ukrainian side supports the sovereignty of Spain in the framework of internationally recognized borders. The Catalan Parliament on 27 October 2017, adopted a resolution on the Declaration of independence. The document implies the beginning of a “constituent process” for forming the government of the new state