Home / WORLD / In Canada wife of 25 years, mocked the homeless in his basement

In Canada wife of 25 years, mocked the homeless in his basement 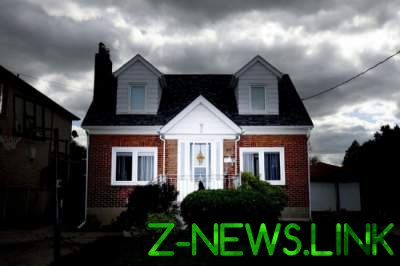 Respectable married couple from Toronto a quarter of a century kept the homeless in his basement, occasionally beating them and mocking them.

According to the newspaper, Gary Villette and his wife Maria have offered asylum to the homeless Goldrich Tim and Barbara Bennett in the late 80-ies of the 20th century.

See also:  Hurricane "Nate" got to the coast of the United States

They agreed that Goldrick and Bennett will stay on the bottom floor of their house. Subsequently, on 2 September 1989 Bennett gave birth to a baby in hospital, Toronto. Maria Villette filed for baby as his son. Soon, however, relations between people have deteriorated. The couple Villette began to beat a couple of Bennett.

The latter lived in the basement as slaves, in the cramped and disgusting conditions. Bennett managed to escape from captivity in 1993.

See also:  NBU for the first time in 2 years, reduced the discount rate