Home / Society / In Canada, spoke about the inability to remove a monument to the SS soldiers

In Canada, spoke about the inability to remove a monument to the SS soldiers 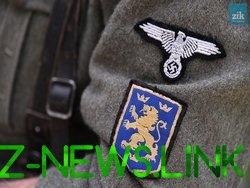 The mayor of the canadian city Oakville Rob Burton stated that he would like to remove a monument to the soldiers of the SS division “Halychyna” of the Ukrainian cemetery, but can’t do it. About it reports TV channel CBC.

“For me personally, it’s disgusting: members of my family died fighting the Nazis. If the laws of [the province of] Ontario allowed me to remove it, it would not have been 14 years ago,” said Burton.

According to the mayor, the municipality to make such impossible. This is due to the fact that local authorities are unable to make decisions about what is in private cemeteries, one of which is the Cenotaph — a funerary monument in a location that does not contain remains.

As reported by CBC, the chief of police of the municipality of Halton Steve Tanner agreed with the calls to remove the monument. “Personally, I am shocked and surprised that such a monument exists”, — he said.

Earlier it was reported that the Cenotaph desecrated between 19 and 21 June, the inscription on it read Nazi war monument (“Nazi war monument”). The police because of the content of graffiti investigated as a crime committed based on hate. A month later the guards had to explain that they do not support Nazis in any form. The investigation is still not completed.

The SS division “Galicia”, consisting of Ukrainian volunteers, existed in the years of the Second world war. She was part of the Waffen SS of Nazi Germany, and in April 1945 it was formally incorporated into the Ukrainian national army. In 1945, the conclusions of the Nuremberg trials the Waffen-SS was declared a criminal organization.