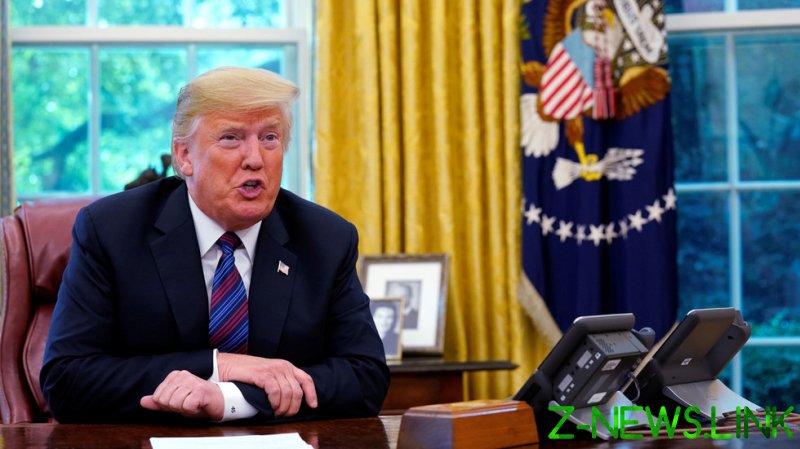 “I just want to find 11,780 votes, which is one more than we have, because we won the state,” Trump appears to have said in a leaked Saturday call with Secretary of State Brad Raffensperger. “We won the election, and it’s not fair to take it away from us like this. And it’s going to be very costly in many ways.”

Excerpts of the call, which the president is yet to confirm or deny, were leaked to at least two media outlets, the Washington Post and the Atlanta Journal-Constitution – perhaps an indication of how fractured the relationship has become between President Trump and Georgia’s Republican leaders since Biden was declared winner of the November 3 election.

Trump has argued that Biden’s victory was fueled by hundreds of thousands of fraudulent votes in Georgia and several other swing states. Last month, CNN cited an anonymous source saying that Trump had called Republican Governor Brian Kemp and urged him to order an audit of absentee ballot signatures.

“We have won this election, in Georgia, based on all of this, and there’s nothing wrong with saying that, Brad,” Trump apparently said in Saturday’s call, though the excerpt didn’t include his preceding rundown of allegedly fraudulent votes. “The people of Georgia are angry, the people in the country are angry, and there’s nothing wrong with saying that, you know, that you’ve recalculated,” he added.

“Mr. President, the challenge that you have is that the data you have is wrong,” Raffensperger replied.

Trump argued that a re-examination of the results should be done quickly because Georgia’s two Republican senators face a runoff election on January 5. If both lose, Democrats would gain control of the Senate, giving them majorities in both houses of Congress.

“The people of Georgia know this is a scam, and because of what you’ve done to the president, a lot of people aren’t going out to vote,” Trump said. “And a lot of Republicans are going to vote negative because they hate what you did to the president, OK? They hate it, and they’re going to vote. You would be respected, really respected, if this thing could be straightened out before the election.”

Trump asserted that ballots have been destroyed in Georgia and voting machines have been removed to cover up evidence of fraud. Asked whether the machines or some of their components had been removed, Ryan Germany, general counsel for Raffensperger’s office, said no.

“You know what they did and you’re not reporting it,” Trump said. “That’s a criminal offense, and you can’t let that happen . . . . That’s a big risk to you and to Ryan, your lawyer.” He reiterated his claims of ballot shredding and machines being removed and added, “You are letting it happen. I’m notifying you that you’re letting it happen.”

Republican lawmakers are divided on whether to support Trump’s claims of election fraud when electoral votes come up for certification in Congress on January 6. At least 12 Senators, including a group led by Texas Republican Ted Cruz, have said they will raise objections to certification. But Republicans Mitt Romney of Utah, Susan Collins of Maine, Lisa Murkowski of Alaska and Bill Cassidy of Louisiana joined in a bipartisan statement on Monday calling for Biden’s victory to be formalized. The certification battle has emerged as a loyalty test of sorts for Republicans, with lawmakers being pressured by Trump supporters to challenge the election results or face payback when they are up for re-election.