Home / WORLD / In Britain told about further cooperation with Russia

In Britain told about further cooperation with Russia 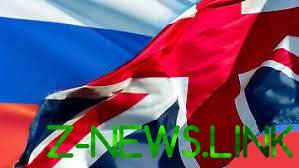 At the moment, cooperation is possible only in two directions – the fight against terrorism and sport.

Despite difficult relations with Russia, Britain considers possible cooperation with Russia in areas where countries share common priorities. The Prime Ministers of Britain, Boris Johnson said on Monday at a conference organized by the Royal Institute of international Affairs (Chatham House).

Johnson expressed regret over the fact that today the relations between London and Moscow are complex. “20 years ago, it was impossible to imagine that we will have that kind of relationship. I sincerely believe that we will be able to welcome Russia into the society of democratic Nations in a manner that was provided by bill Clinton and others in the 1990-ies,” said Johnson.

See also:  Trump has decided on the candidacy of U.S. Ambassador to Russia

“We need to understand how we lost Russia, what went wrong, because I think both sides were wrong. But we are where we are,” stressed Johnson. However, Johnson sees at least two areas in which cooperation with Russia is possible.

“There are things where we certainly have common priorities. This cooperation in combating terrorism. And the approaching football world Cup … There are things we can do together with Russia”, – said the head of the British foreign Ministry.

See also: Britain is considering a military solution to the conflict, Korea

About relations with Russia Johnson said in response to a question from a Russian Senator Alexey Pushkov. It is noteworthy that it is under sanctions, Ukraine, USA and Canada, but not under EU sanctions. Visit Pushkov in London protested the Ukrainian Embassy in the UK.