Home / WORLD / In Britain, the woman found an unusual alternative to street walking

In Britain, the woman found an unusual alternative to street walking 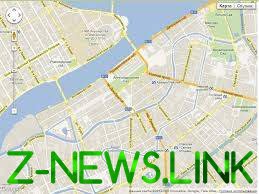 Out of fear to go outside, she decided to try technological solutions.

A resident of London Jackie Kenny, in which a Pathological fear of going out into the street, began traveling with Google maps, using the Street View.

Photos, Kenny makes in his “travels”, she posts in Instagram.

Recently a collection of images presented in a gallery in new York. At the opening came and she Kenny. For this she had to cross the Atlantic ocean by plane.

As says the publication, Kenny was born in New Zealand. A woman in adulthood suffered from panic attacks and when I moved to London and literally had to “run home”.

Subsequently, the doctors gave her the diagnosis of “agoraphobia” in her case is the uncontrollable fear of infinite space.

So Kenny spends his time exclusively in the house and near it.

In 2016 Kenny left without work and began even rarer to get out of the house. Then she began to travel in Google Street View. Subsequently, it became a hobby of women.