Home / WORLD / In Britain consider a military solution to the conflict, Korea

In Britain consider a military solution to the conflict, Korea 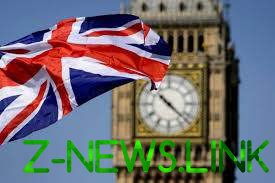 This statement was made by Boris Johnson, the head of the foreign office.

The military solution of the conflict over the DPRK’s nuclear program must remain on the table. This was stated by the foreign Minister of Britain, Boris Johnson.

According to him, nobody wants this development, which only the military option remained the only possible to resolve the North Korean crisis. “I don’t think someone would want a military solution to this problem,” said Johnson.

“Still, it is clear that the ability of a particular military option, at least theoretically, should be saved on the table,” he said.

See also:  In the Egyptian capital was rocked by a massive explosion

On 19 October, the European Council called upon the DPRK to comply with its obligations under resolutions of the UN Security Council, and to abandon its programs to develop nuclear weapons and ballistic missiles.

Earlier, Secretary of state USA Rex Tillerson said in Beijing about Washington’s channels for negotiations with Pyongyang and did not rule out that they will be able to take place. President Donald trump has warned that it is “a waste of time.”

At the same time, the Deputy permanent representative of DPRK to the UN Kim Ying Ren, speaking in Committee of the UN General Assembly on disarmament, said, “the Situation on the Korean Peninsula, which attracted the world’s attention has reached such a critical point that a nuclear war may break out any moment.”

See also: the UK has proposed to abandon the term “pregnant woman”

He also noted that to eliminate threats from the United States to North Korea “under any circumstances will not go to the negotiations on nuclear weapons and ballistic missiles.”