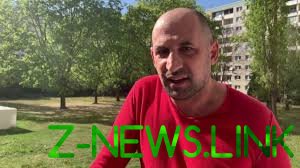 At Vienna, he shot the native of Chechnya of Mamichan Umarov, who criticised the work of the head of the Republic Ramzan Kadyrov. This is with reference to sources in the Chechen Diaspora in Europe, the magazine writes, “the Caucasus. Realities” (media recognized by the Ministry of justice of the Russian Federation ieagent).

Newspaper Österreich reported that Umarov was shot in the head yesterday at 19:30 local time near the shopping center G3. The gunman, who by nationality is also a Chechen, traveled by car in a silver color. Police arrested him in the city of Linz. Motives of murder are established.

Mamichan Umarov, known as Anzor from Vienna. He called himself a former mercenary, told about the assassinations of political refugees in Europe, criticized Ramzan Kadyrov.